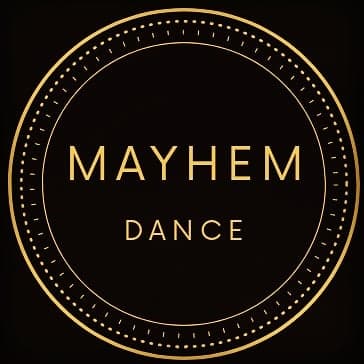 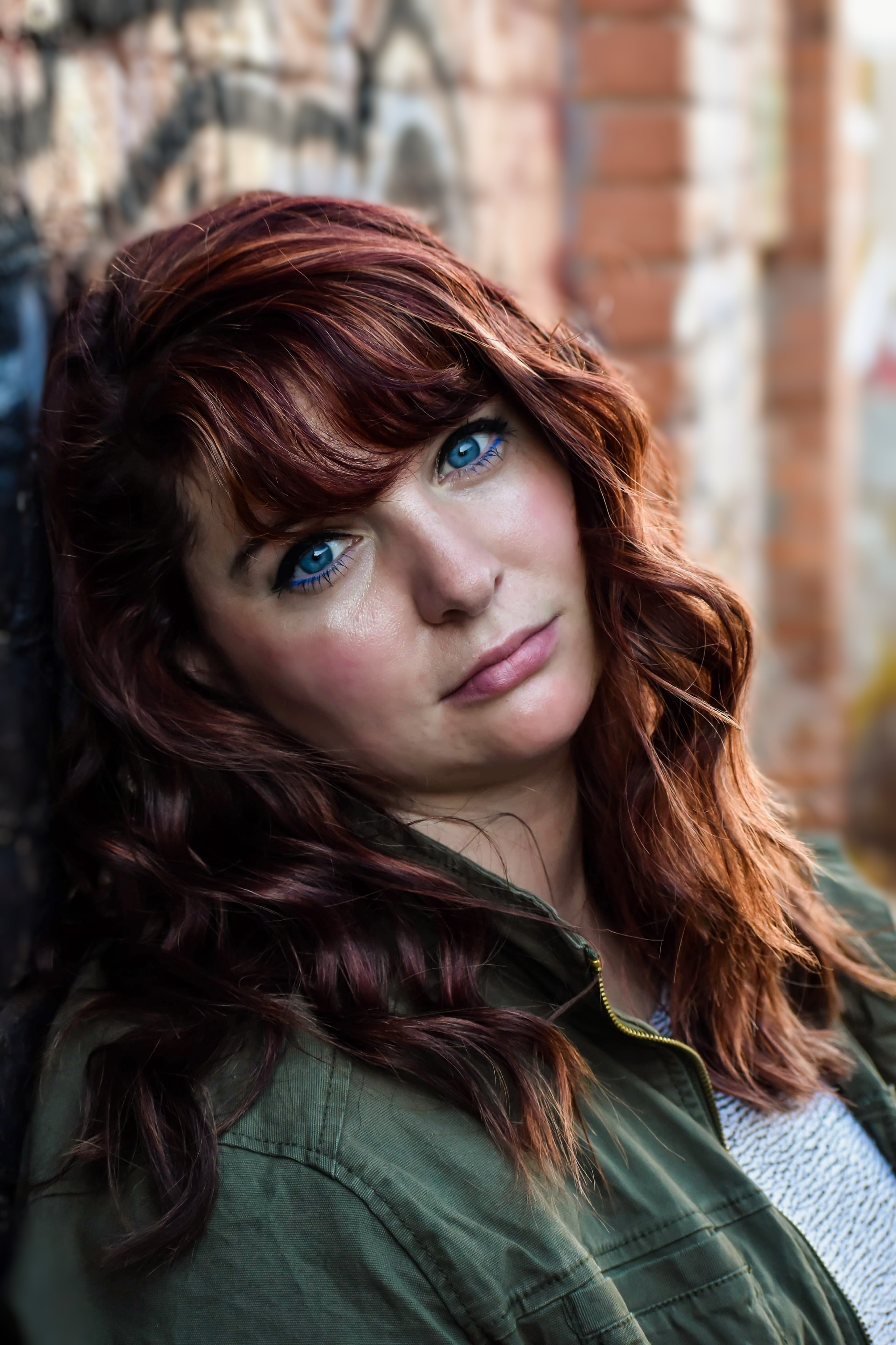 Caitlin E. Mahon  grew up attending Holbrook-Wade School of Dance in Oneonta, NY. Mahon graduated Magna Cum Laude from The College at Brockport State University of New York with her Bachelor of Science degree, and Honors College degree, in Dance, Environmental Science and Political Science in 2014 and earned her Master of Fine Arts in choreography and performance in 2017. In 2013 Mahon interned at the World Wildlife Fund Conservation Science Network in Washington, D.C. after performing conservation work in Auckland, New Zealand. Mahon is currently a professor of dance at Nazareth College. Mahon has also been a professor at:  The University of Wisconsin Milwaukee, Syracuse University, Hobart and William Smith Colleges, Wells College, The College at Brockport, and Guest Artist Choreographer at Nazareth College (2019 and 2020). Professionally, Mahon has performed for: Telly Fowler (Le Verdad Dance Company— Hip Hop), Dr. Zelma Badu Younge (Azaguno—Contemporary African Fusion), James Hansen (James Hansen Dance/Assemblage— Modern), Tammy Carrasco (WILD BEAST DANCE—Contemporary), Maurice Fraga (Ekilibre Dance Company—Post-Modern), Rose Beauchamp (Influx Dance- Contemporary), Clyde Morgan (SANKOFA— West African),  Zachary Frazee (Frazee Feet Dance—Contemporary Ballet), and the William (Bill) Evans (Bill Evans Dance Company— Tap). Due to her choreographic and political research, Mahon was nominated for membership to the UNESCO International Dance Council in 2017. She continues to be an advocate for interdisciplinary programming and has served on The College at Brockport’s Interdisciplinary Committee for the Arts, Humanities, and Social Sciences School under the direction of Dr. Darwin Prioleau. She continues to be fueled by the interdisciplinary nature of her interests and degrees of study. Mahon was awarded the University of Wisconsin Milwaukee Faculty and Staff Development Award (2019) and The Distinguished Professor Graduate Student Research Award (2017) for her choreographic and theoretical research on re-defining the modes of peaceful embodiment through the lens Krumping. Krumping—being a spiritual, expressive, and artistic outlet— demonstrates how peaceful embodiment can be bombastic, explosive, and loud while still providing a safe space within the circle/cypher. This research was influenced by her appointment as co-artistic director –alongside Master Khalid Saleem— of the SANKOFA: African Dance and Drum Ensemble (2015). Additionally, Mahon was recently a panelist at the BETI Somatic and Performance Conference (2019)— African Diasporic Dance Education Makes Us Better Humans.   Mahon has presented her choreography at the NYC Center for Performance Research (2019), NYC Mark Morris Center for Dance (2017), various colleges, has set work on HAPPENdance Dance Company of Lansing, Michigan (2017) and will be performing a solo in the WOMEN’S WORK Festival in Detroit, MI (2020). Mahon is excited to share her passions and interests with future communities, dancers, and students through the vehicle of MAYHEM//dance— which has been under her artistic direction since 2017. Everybody is a body and moving bodies make meaning. 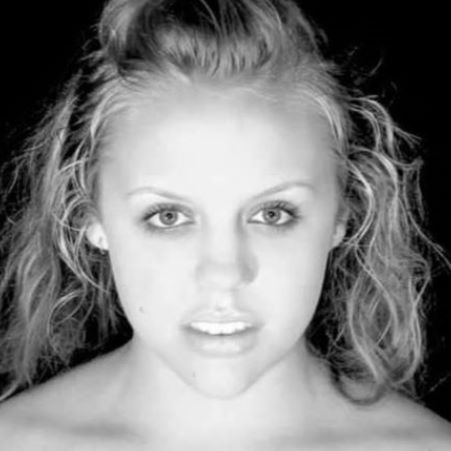 Robin R. Wonka has been dancing with MAYHEM//dance since 2017 (premiering at Mark Morris Dance Center in NYC) - working with the artistic director since 2013. Wonka received her BFA in Choreography and Performance from The College at Brockport State University of New York in 2014. She received her MS from SUNY Plattsburgh in 2016. She has performed at Jacob's Pillow with Mariah Maloney Dance. She has performed for: Phoenix Dance Theatre, Red Dirt Dance, THE Monica Bill Barnes (TIME magazine’s top 20 dances in the past decade), and many other famous choreographers. Currently, while continuing to perform, Robin is the head guidance counselor at New York State's Oxford Primary School. 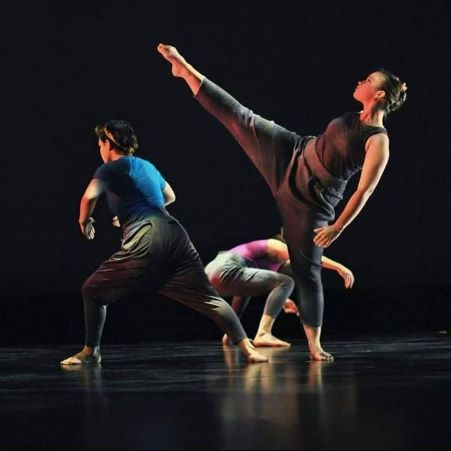 Alyssa Darrow is a Central New York native, who grew up dancing in the Syracuse area. After pursuing her B.F.A in Dance and B.S in Kinesiology, Alyssa began her career as a dance educator and movement researcher. In addition to being deeply involved in dance education and movement research, Alyssa has had the opportunity to perform with MAYHEM//dance, MLA|Format Dance, Frazee Feet Dance, Donegan Dance Exploration, Buffalo Dance Ensemble and many more choreographers surrounding the area. Currently, Alyssa is based out of the Buffalo area where she is an artist in residency for a WNY charter school where she continues to share and excite dancers with her passion for dance. 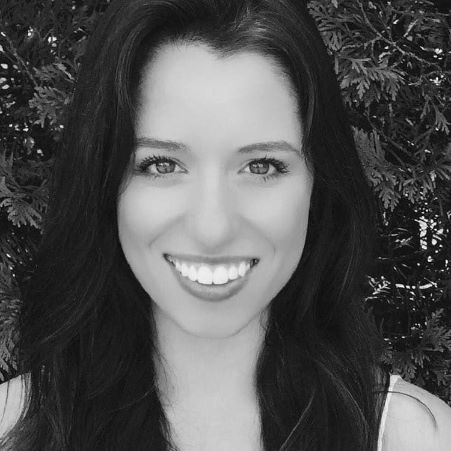 Alexis Cordella hails from the Eastern shores of Long Island, New York. She graduated summa cum laude from The College at Brockport, State University of New York, with a Bachelor of Fine Arts in Dance and Bachelor of Science in Communications. Alexis has performed with Mayhem//dance, James Hansen Assemblage Dance, Frazee Feet Dance, Emily Copeland Dance, and MKrep. Additionally, she has combined her passion for the arts and interest in communication by working on film and television productions like Experimental Film Virginia and The Rachael Ray Show. Currently, while continuing to dance, Alexis works as a project coordinator for a global automation company. She also teaches private lessons and shares her experiences, empowering her students to be well-rounded individuals through the vehicle of dance. 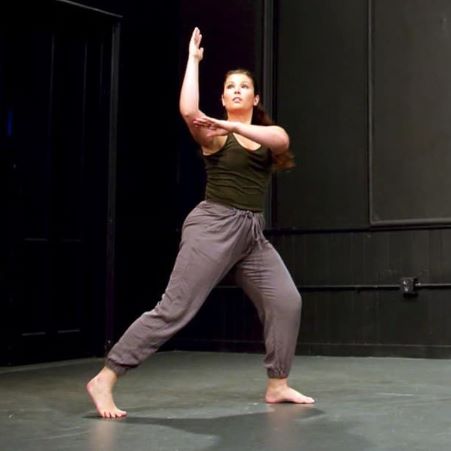 Marissa Aucoin is a passionate artist who utilizes dance to empower individuals and build community through shared physical expression. She holds both an MFA and BFA in Dance from The College at Brockport and Montclair State University, respectively, and is committed to providing accessible dance education for dancers and non-dancers alike. Currently, Marissa teaches as an adjunct faculty member at Raritan Valley Community College, at Yvonne’s School of Dance, and for several community arts organizations including ReThink Theatrical. Professionally, she serves as the artistic director of, mla | Format Dance, and movement director of Idyll Shift. For more information please visit www.marissaaucoin.org. 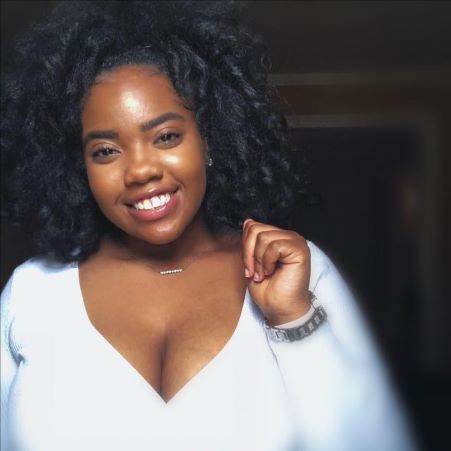 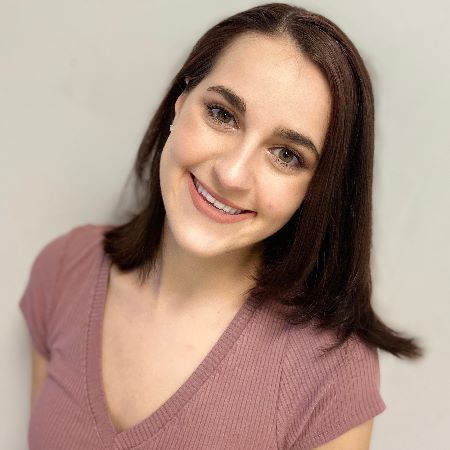 Alicia McDonald trained at the Southbury School of Performing Arts from 2007 to 2015 where she studied ballet, lyrical, contemporary, jazz, tap, hip-hop, and musical theatre.  In August of 2015 she was accepted into the Bachelor of Fine Arts dance program at the State University, The College at Brockport where she also pursued a minor in English.  In both 2017 and 2018 Alicia attended Pilobolus’ Summer Intensive where she continues her education in choreography. Alicia has been on Brockport’s national title-winning dance team from 2016 to 2019 competing in both contemporary and hip hop.  She held the position of Vice President for the Student Dance Organization from August 2018 through May 2019.  Alicia was awarded the Bill Evans Award for Embodied Scholarship in May of 2017, the Santo. J Giglio award for choreography in May of 2018, and the Jocelyn A. Reed Memorial Award in May of 2019 from the Brockport Foundation. Alicia first danced as a part of MAYHEM//dance in Caitlin Mahon’s MFA Thesis entitled I Pledge All(eg)iance in 2017 performed at Visual Studies Workshop in Rochester, NY.  Since then Alicia has performed in Caitlin Mahon and Marissa Aucoin works as part of the Rochester’s Fringe Festival in September of 2018.  Alicia graduated Summa Cum Laude this May from the State University, The College at Brockport and is currently auditioning in Connecticut and New York City area. 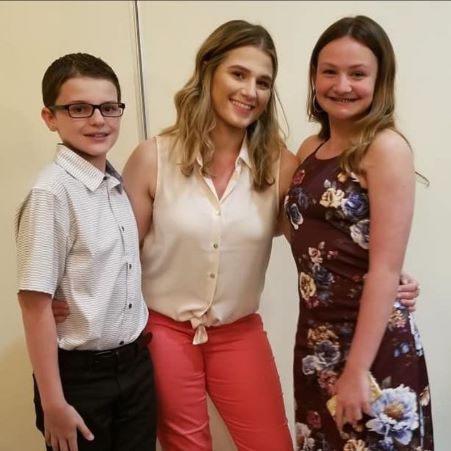 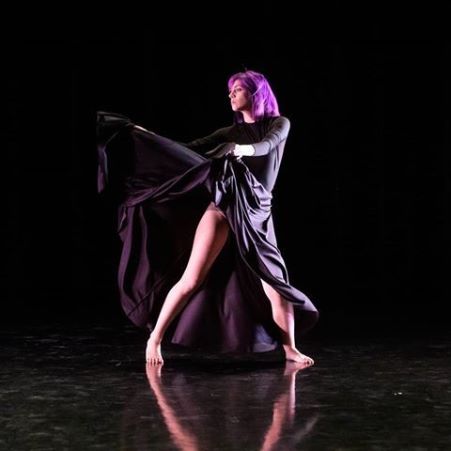 Ellie Cherry is an emerging choreographer, scholar, and researcher. She has been a member of MAYHEM//dance since fall 2018. She was introduced to dances of the African Diaspora, and in turn her identity as a white woman, during her undergraduate career at Hobart and William Smith Colleges and has been moving and researching within these forms ever since. She is interested in power dynamics within movements of different cultures and their socio-political implications. She has been specifically interested in the role of the pelvis in Jamaican folk forms and dancehall, as well as uncovering the true ideologies and implications of “whiteness” and how it embeds and displays itself within certain dance forms and practices. She is currently a Master of Fine Arts candidate for Dance at Sarah Lawrence College. 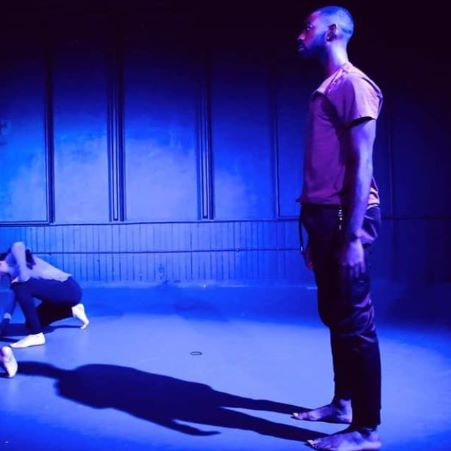 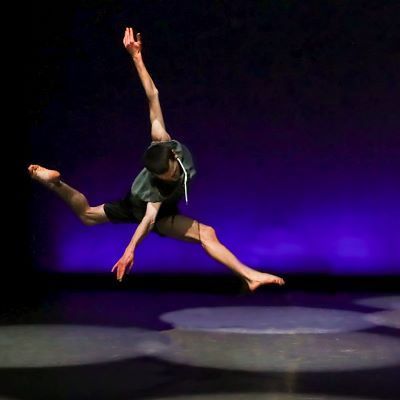 As Hobart College’s first graduating male dance major, Drew Scammell ’18 took to the Deming Theatre stage for the final performance of his college career in April. Scammell, who has choreographed his own work, will graduate with additional majors in math and physics.

“Triple-majoring has been a consequence of my hard work and I appreciate the support of the community that helped me accomplish it,” says Scammell, a member of Hobart’s Druid Society and a Physics Teaching Fellow. “HWS is truly a place that values individuality, and I appreciate having a community that has supported me in pursuing all of the things I care about.”

Scammell will continue his research on intellectual property in dance and its socioeconomic implications as a Stephen W. Woodworth ’54 Fellow at the Colleges’ Fisher Center this summer before exploring opportunities for graduate school.

Dancing since age 15, Scammell decided to attend Hobart and William Smith after visiting campus. “I saw HWS as a place that wanted to see students succeed and support them in doing that— a first impression that proved to be incredibly true,” says Scammell, who specializes in modern composition and received the Arts Scholarship in recognition of his work during his first year. “My journey here has been defined by becoming comfortable with what I want to do and what I enjoy rather than adopting someone else’s definition of success.”

During his time at the Colleges, Scammell has worked closely with a variety of faculty, including Professor of Dance Donna Davenport. “He’s the epitome of a liberal arts student, as embodied by his ability to think both creatively and scientifically,” says Davenport. “Scammell’s quick acceleration in his studies here is a tribute to his talent.”

In addition to his academic pursuits on campus, Scammell is a member of Koshare Dance Collective’s executive committee and the intramural volleyball team. He studied abroad in Maastricht, Netherlands, and represented the Colleges at the Northeast Conference of the American College Dance Association for three years in a row. Since the summer of 2016, Scammell has interned with the intellectual law firm Heslin Rothenberg Farley & Mesiti in Albany, N.Y., in addition to working for his family’s business in Vineyard Haven, Mass. 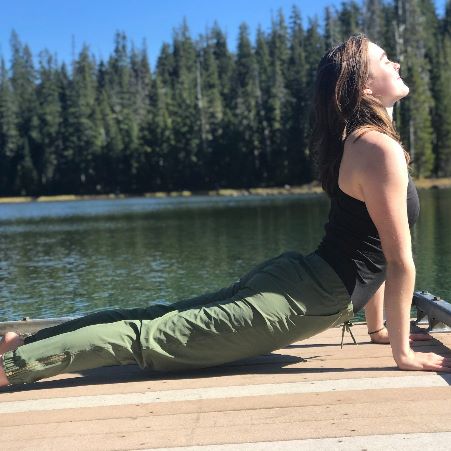 Marketing & Communications Manager at Lake Erie Ink and RYT-200 Certified Yoga Instructor. Experienced Writing Fellow with a demonstrated history of working in higher education, specifically in the peer-tutoring scene, as well as internships at Edible Cleveland Magazine and The Gioi Publishing in Hanoi, Vietnam. Skilled in verbal and written communication, excellent writing and editing skills, and strong skills in research and analytical skills. Strong education with a Bachelor of Arts focused in English with minors in Environmental Studies and Dance from Hobart and William Smith Colleges. Danced with MAYHEM//dance at the NYS Rochester Key Bank Fringe Festival in 2018. 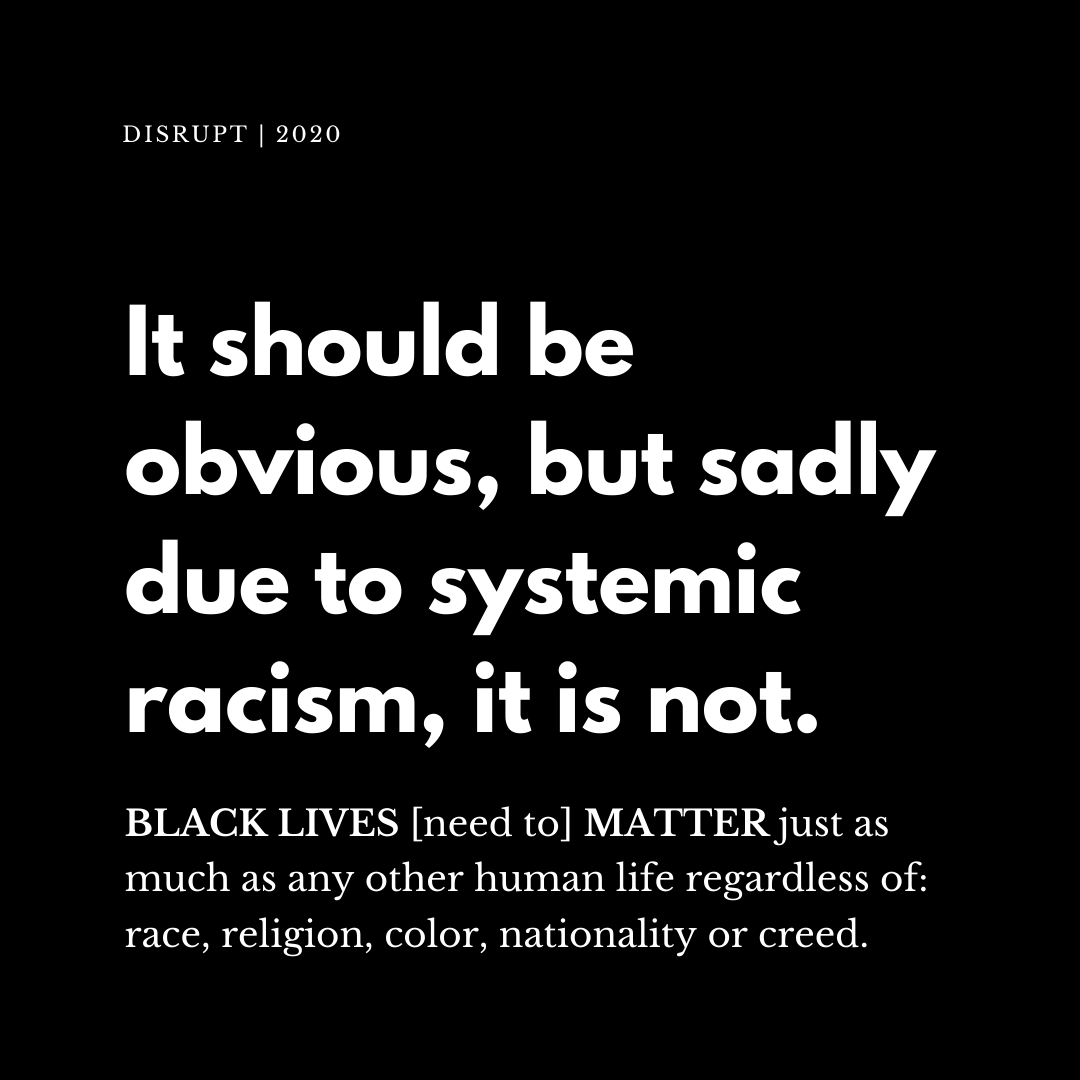 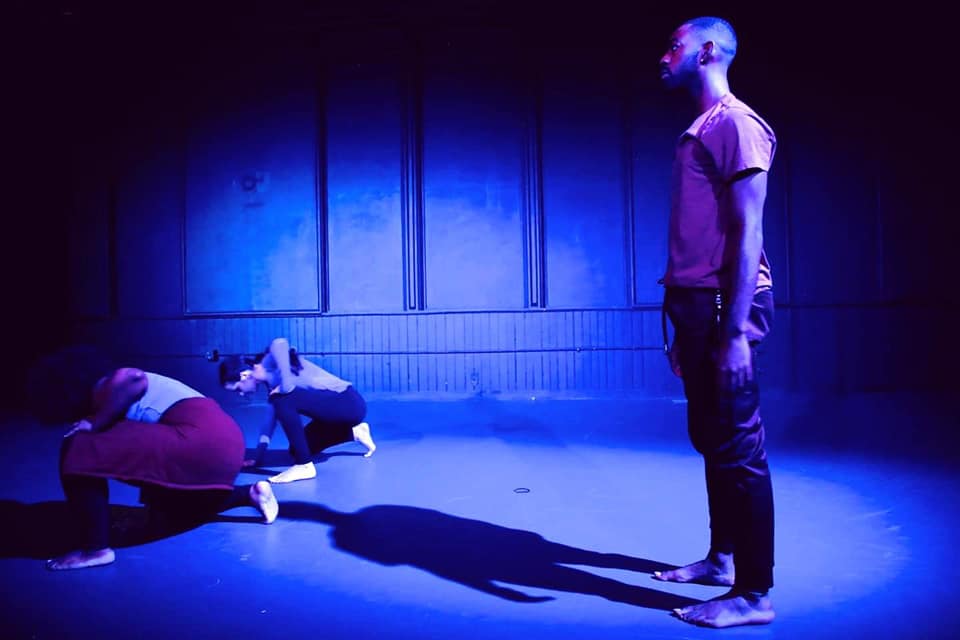